First time in a couple weekends I have had a chance to do some tinkering on the 1992 EVO project. Just a lot of stuff going on with family, other projects, and work. The frame is painted and ready to start putting things together. 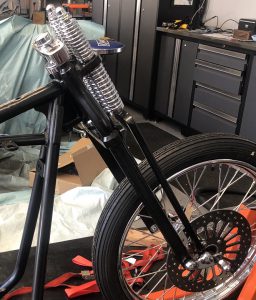 All good there. I shouldn’t have to disassemble the front end again.

Started finishing up the rear fender so I can get it painted. Cut out the fender so there is clearance for the final chain drive. First I marked the fender for the cut out using marks I had made when I had everything mocked up. 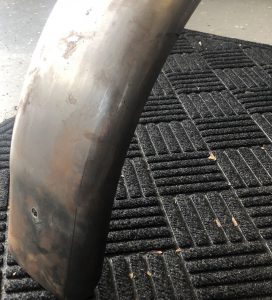 Then I cut it out with a jigsaw and a metal cutting blade. Then used the Dremel to clean up the edge. Mounted it up to check things. 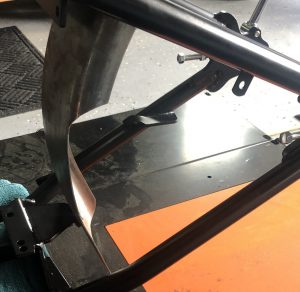 Looks pretty good I think. Plenty of clearance for the final drive chain.

Picked up a rear passenger pillon on eBay. Think it was originally from a Harley Dyna Wide Glide or Super Glide, I think it’ll look great on here. 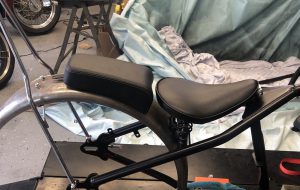 I also picked up a cool LED tail light from Lowbrow Customs. The tail light included a bracket for the light and license plate.

Drilled out the fender for the mounting bracket and fit the tail light. 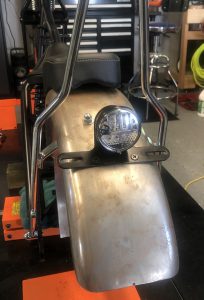 Once I get the rear fender and oil tank painted I should be able to get the transmission, motor, primary, and final drive set up. I have most of the parts to get that stuff going. I still need to order the front brake set up, foot and hand controls, ignition system, and a bunch of other stuff to get her running. Moving right along, probably won’t be as long as it has been 🙂