Paint a motorcycle any color you want as long as it’s black. This weekend I was able to get the rear fender and the oil tank painted. Nothing fancy, just flat black. Just used off the shelf spray paint and it turned out better than I expected. 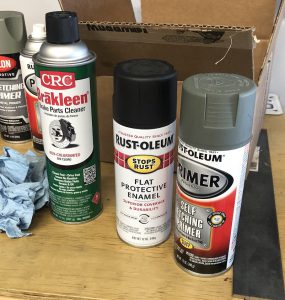 I primed the underside with a couple coats of self-etching primer, waited 30 minutes per the instructions on the primer can, and then put on 3 coats of the Rustoleum flat black enamel waiting a few minutes between coats. Then let it dry overnight. It looks AWESOME. So now on to the top of the fender.

Wiped down the top of the fender with some degreaser on a shop towel. Put on couple light coats of self-etching primer. 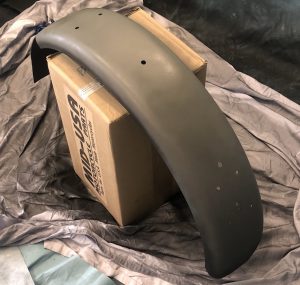 Waited 30 minutes and put on a few light coats of the Rustoleum flat black enamel. 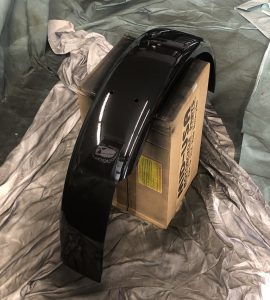 Has a bit of a shine to it while the paint is wet, after a couple of hours it dries to a nice flat finish. 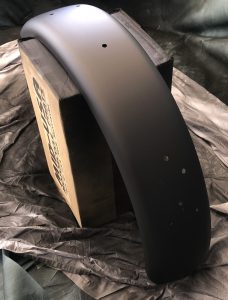 Pretty much the same thing for the oil tank. A few coats of self-etching primer. 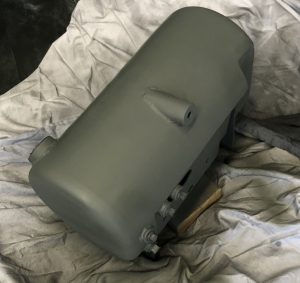 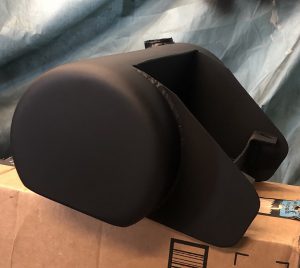 Don’t paint it with spray paint they said… It’ll look like shit they said… You need to buy a paint gun they said… they were wrong 🙂 It actually looks really good (hopefully it holds up).

Next weekend I hope to get the fender and oil tank on the bike, then I can get the transmission, motor, and primary drive back in it. I’ll get the fuel tank painted in the next couple weeks.