TC Bros Choppers had a pretty decent “Black Friday” sale on the 6+ 39mm fork tube kit they carry. Was planning on getting one of these kits later on in the project but since the kit was on sale over the Thanksgiving holiday weekend I went ahead and ordered one. It shipped really quick, had it a couple days after ordering.

The kit comes with everything you need to replace a set of 39mm fork tubes: fork seals, dust covers, fork tubes, spacer, and dampener bolts. You reuse the lowers, springs, and dampeners. 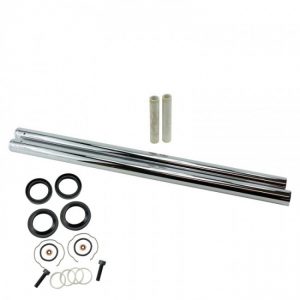 The only part needed which is not included in the kit is the fork oil, I picked up a couple quarts from Tidewater Motorcycles (only needed one, but I got two for some reason).

Another thing that I needed was a tool to install the fork seals. There are a few different fork seal driver tools available out there, I picked up the Motion Pro 39mm Fork Seal Driver from JP Cycles. 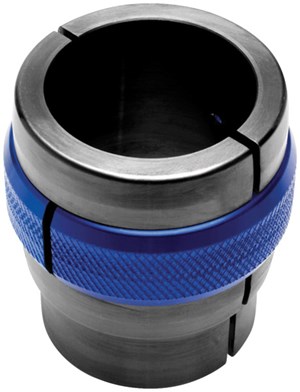 This is used to drive the fork seals into the lowers so they seat properly. It probably could be done using something else (I have seen some YouTube videos of folks using a piece of PVC pipe), but the right tool will make sure it is done right without unnecessary frustration. The fork seal driver was under $45 and since I now have a couple of bikes with 39mm forks it will be good to have it in the tool box.

I had previously disassembled the forks and got everything cleaned up. I spent some time polishing on the lowers, they are far from perfect but they look a lot better than they did. 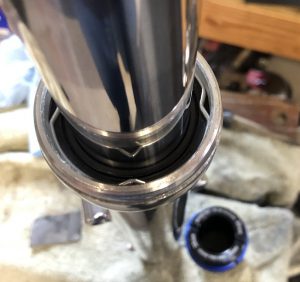 After the fork legs are reassembled, just install them into the triple trees. I replaced the fork drain screws with Gardner Westcott Fork Slider Drain Screws, I just like the hex drain plugs better than the Phillips head screws. Put in the springs, spacers, fork oil, and tighten the top cap (kit includes a new o-ring for this as well). 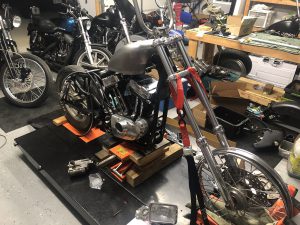 I also received the tank I ordered from Lowbrow Customs (they also had a decent “Black Friday” sale). Have it mocked up just to get a feel for how it is going to look. 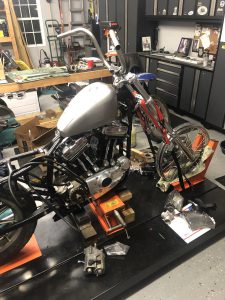 The bars I picked up at the swap meet a few months back look really good on there as well.

Man, I think it looks AWESOME! We almost have ourselves a roller!!!

I have a bunch of stuff I need to order to get the motor going. Going to wait till after Christmas to get into that so I am going to keep working on the frame. Have to work out what I am going to do with the rear fender. I have one that I don’t like but I think I can turn it into something that will work, will be doing some cutting on it over the Christmas holidays 🙂 Also planning to build a set of fender struts and sissy bar. Good times…